Forecasting a new ‘Golden Age’ of build-to-rent (BTR) development in the UK, real estate experts argue that the sector will expand rapidly in the coming years, with SMEs leading the way. 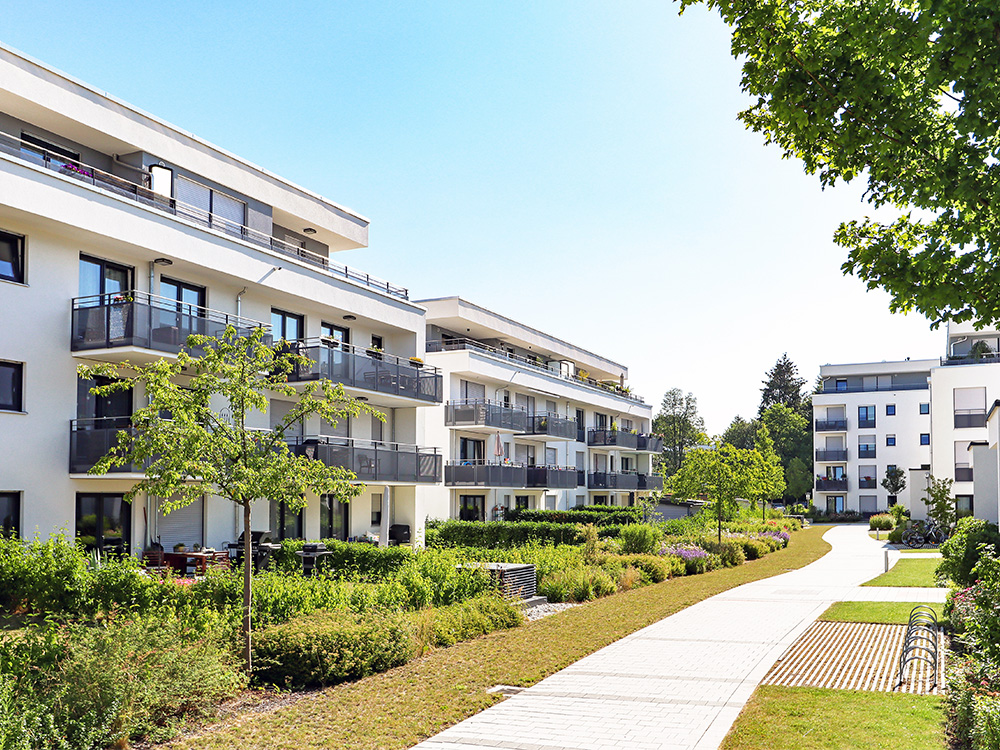 BTR developers received welcome news in April 2022 when the new Residential Developer Property Tax (RDPT) came into force. With most BTR properties held as investments they will typically escape the levy. And since the tax only applies above a £25 million annual profit threshold, many SMEs will be exempt.

The new tax is part of the UK government’s response to the 2017 Grenfell Tower disaster, on top of its already-imposed Building Safety Levy. RDPT aims to raise £2 billion over 10 years to remediate building safety defects such as unsafe cladding, with large developers paying an additional 4 per cent on their profits from 1 April 2022, collected as an extension of Corporation Tax.

“We could see a new golden age of SME housing development in the years to come,” reported property writer Kaylene Isherwood, noting the plethora of new finance options that could triple the volume of new homes built by small and medium-sized developers.

In a report on the state of the UK property market, the House of Lords noted that BTR provision could double or triple in the next few years, with as many as 200,000 homes developed across the UK by 2024. “We welcome the expansion of ‘build to rent’ where it contributes towards a net addition to housing supply,” stated the report, adding that higher government spending on social housing would reduce its £23.4 billion housing benefit bill.

The UK government announced a £1.5 billion Levelling Up Home Building Fund in February 2022, including loans of up to £250,000 for SME developers and builders, to encourage both rental and for-sale homebuilding. This money aims to continue to re-energise SME housebuilding, which today accounts for 12 per cent of UK housing stock, down from 40 per cent in the 1980s.

Developers planning to build or refurbish five or more homes on a site in England can access this funding, if their project would stall or progress far more slowly, without it. Since 2017, the finance options for SME developers have multiplied, according to Mortgages for Business, with an additional 40 lenders offering development finance.

“There are increasing numbers of SME developers who are ideally placed to invest in build-to-rent properties,” said Stephen Clark at development finance company Finbri. “We can help them access the development finance they need to participate in this exciting and profitable market.”

At the corporate end of the market, high street lenders like Lloyds Bank have entered the BTR market alongside retailers John Lewis, which announced that it had identified 20 sites and will submit two planning applications in the London area. “If more retailers like John Lewis start to invest in suburban build-to-rent, better home design will be the result,” enhancing the market overall, said Peter O’Rourke at property and construction consultancy McBains.

There is a vibrancy and freshness about the BTR market, thanks to popular developments such as the Keel project in Liverpool, a refurbished tax office with a gym and communal area, or Wembley Park next to the national soccer stadium, with specially-designed homeworking spaces and a host of shops and restaurants nearby.

The trend towards better amenities, including concierge services, electric vehicle charge points and smart energy use is attracting a new generation of investors. In addition, said Peter O’Rourke, “The cost of living crisis has increased the number of people who cannot afford to buy the dwelling they want, but are fed up with rogue landlords and want well-managed homes.”

Many BTR schemes now offer three-year secure letting contracts, while the developments themselves include community areas and social events, promoted by the building management. “Residents will stay longer if they feel part of a community,” argued the Oxford-based RPS Group in a report on build-to-rent. “BTR developments offer high quality homes that cater for health and wellbeing, work and social needs… All this has a direct impact on rental income, rental security and void periods.”

When these objectives are met, investors are keen to participate, contributing to a 48 per cent increase in residential investment for the first quarter of 2022, compared to the same period in 2021 according to CBRE. Investors like the way that successful BTR developments are anchored in “thriving locations with good local amenities and access to jobs, services and infrastructure,” as Property Week reported in May 2022, in a feature on BTR’s rising popularity.

“For investors, the surrounding neighbourhood is linked to investment gains whilst for providers it is linked to maintaining occupancy,” argued the publication. “This includes prioritising the provision of trees and green spaces, walking and cycling infrastructure, a strong local economy with diverse retail offerings and access to transport links.”

In its latest report, ‘Who lives in Build-to-Rent?’, the UK Apartment Association (UKAA) reveals that 95 per cent of BTR schemes offer three-year leases, taken up by a third of tenants. It notes that BTR is “an affordable option available for singles, couples, sharers and families looking to make a long-term commitment to their living arrangements.”

“We believe that build-to-rent has a bright future,” added Stephen Clark at Finbri.  “UK SME developers are keen to play a role in modernising the UK’s residential property stock and addressing the housing crisis. By providing affordable financing with flexible terms and quick decision-making, we can help developers to bring these aims to fruition.”

We arrange finance for both experienced and first time developers for land purchase, ground up development, mixed-use schemes & heavy renovations.