Earlier this year, the government announced that landlords who own unoccupied commercial property may be forced to rent out empty shops, especially if the unit has been empty for six months or longer. 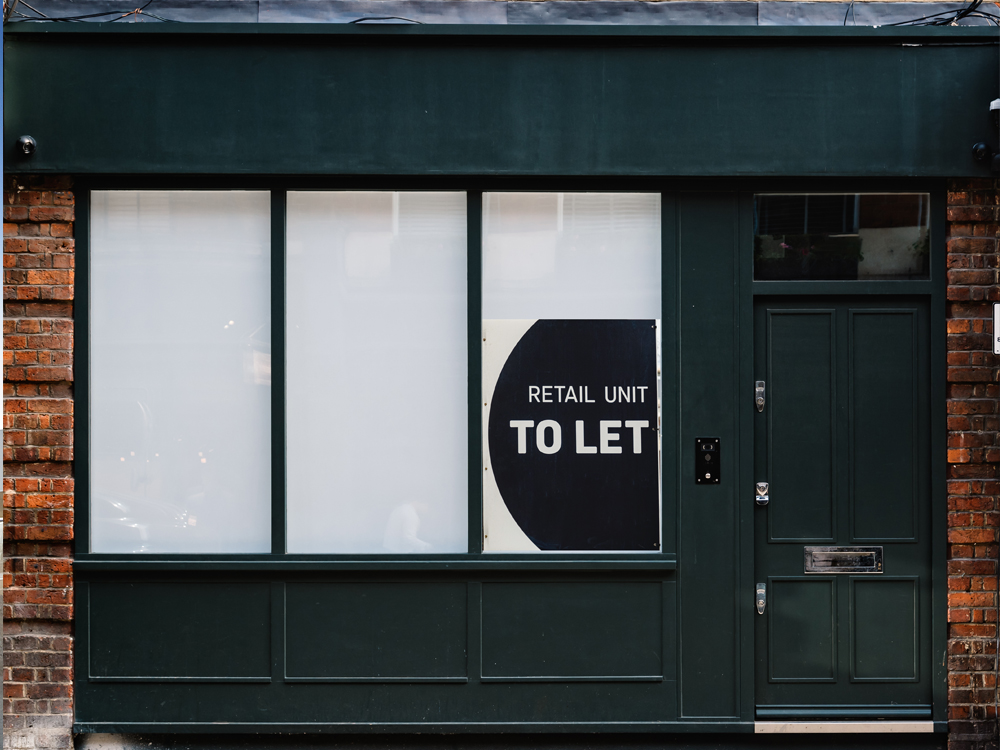 This new measure is part of an effort by the government to rejuvenate English high streets that have been stagnant since the start of the pandemic. The British Rental Consortium (BRC) has found that 16% of shops are lying empty across the country.

Government officials believe that with almost one in seven shopfronts vacant, high streets that were once bustling are now quiet. England’s Northeast has the highest rates of empty shops, while London fares the best with only one in eleven stores lying vacant. The result is an economic downturn in smaller towns throughout England.

In an attempt to solve the problem, the government has passed a parliamentary bill giving local councils the power to organise compulsory rental auctions.

Before such an auction is called, the landlord will be given a short period to find a suitable commercial tenant for their vacant shop. If they fail to do so within the stipulated period, the local council will organise an auction to invite bids from interested parties. Once a rental unit has been entered into a compulsory auction, the landlord will have to rent it out to the successful bidder.

The highest bidder will then take over the vacant shop for their business or other organisational activities. Apart from retail businesses, charities and community organisations will also be encouraged to place their bids.

The British Property Federation (BPF)—an association of British property owners—has criticised the measure as a political gimmick rather than a practical way to bring opportunities and economic growth back to towns and cities across England.

The government, however, sees it as a way to put power back into the hands of local leaders and communities, which they say will help abandoned communities catch up with the rest of the country, especially after the economic setbacks suffered during the pandemic.

A spokeswoman for UK Hospitality, which represents more than 740 companies operating in the hospitality sector in Britain, told reporters that the compulsory rental auctions could help attract a lot of people to deserted town centres across the country, thus fuelling innovation and economic recovery.

Many landlords’ associations have been vocal about their issues with the new bill.

Melanie Leech, the chief executive of the BPF has said that compulsory renting of storefronts will not solve the problem of stagnating economic growth in various English towns. According to Leech, no landlord willingly allows their property to sit empty and unoccupied. Most landlords are willing to enter into rent abatement and zero-rent deals to keep their retail units from lying empty.

However, renting a storefront on the high street comes with many occupational costs such as business rates, store fixtures, janitorial services, and licensing fees. These costs often make it impossible for small, independent businesses and organisations to operate out of town-centre premises.

Due to these reasons, many high-street landlords claim that despite their best efforts, they have been unable to find tenants for their vacant retail units.

Business rates are a key contributor to the empty shop's conundrum

Many landlords have claimed that the closing of high-street firms can be attributed to rising business rates across the country. For the uninitiated, business rates are a type of tax imposed on commercial properties in the UK. It is determined based on a property’s ‘rateable value’.

A revaluation of more than two million commercial properties in England will come into force in April 2023, pushing business rates further up and potentially driving more retail businesses to close down.

Local authorities, on the other hand, claim that large commercial property owners — such as overseas investors and financial institutions looking for investment opportunities—have caused long-term vacancies in shops across British high streets.

Since these types of property owners have little incentive to accept lower rents from small businesses, charities, and community organisations, they account for almost half of all empty storefronts in the UK.

Will compulsory auctions solve the problem?

A recent analysis by Onward Group has found that the compulsory rental auctions, if correctly implemented, could bring almost 58,000 empty shops back into use.

In terms of absolute numbers, over 13,200 shopfronts lie empty in northern England. In London, the numbers are slightly higher with 13,500 vacant shops.

The new measures could see many of these premises brought back into use, including more than 9,000 shops in the Midlands and up to 2,700 in Wales. Scottish towns would also benefit substantially, with over 3,000 vacant units given over to successful bidders for regular commercial use.

Not only would this benefit the community as a whole (and keep the commercial buildings better maintained), but would also create much-needed jobs in the retail sector. However, whilst we are living through a cost of living crisis, even if more of the empty shops do become utilised, will the public be inclined to use them?

Government has yet to prepare a framework for compulsory auctions

If these measures are fully implemented, they could lead to a significant increase in retail activity across the UK, as well as a resulting growth in retail jobs. However, the government has yet to clarify how these compulsory rental auctions will work in practice.

For instance, if a particular auction only attracts a single bidder, then would the auction be void or the landlord forced to rent their shop at whatever amount the single bidder is prepared to pay as rent?

The success of the scheme will depend on how effectively the government can answer the myriad of questions and uncertainty of their plan whilst reassuring all stakeholders involved in the process.

Stephen Clark from bridging loan specialists, Finbri, shared his thoughts on the government's proposed plan, "The government tends to use initial policy leaks and such statements as a way to gauge public sentiment about possible new regulations.

"I suspect they'll be looking very closely at the reaction of landlords, local authorities and would-be tenants before fully forming the policy. Clearly there are valid arguments for high street regeneration but increased oversight is usually contentious. With very little insight into how the government intends to address the complexities of some of the concepts being discussed it's very difficult to comment in a meaningful way right now."