The twin spectres haunting the UK economy – Covid and Brexit – have combined to push up demand for bridging refinancing in 2021, according to industry leaders. 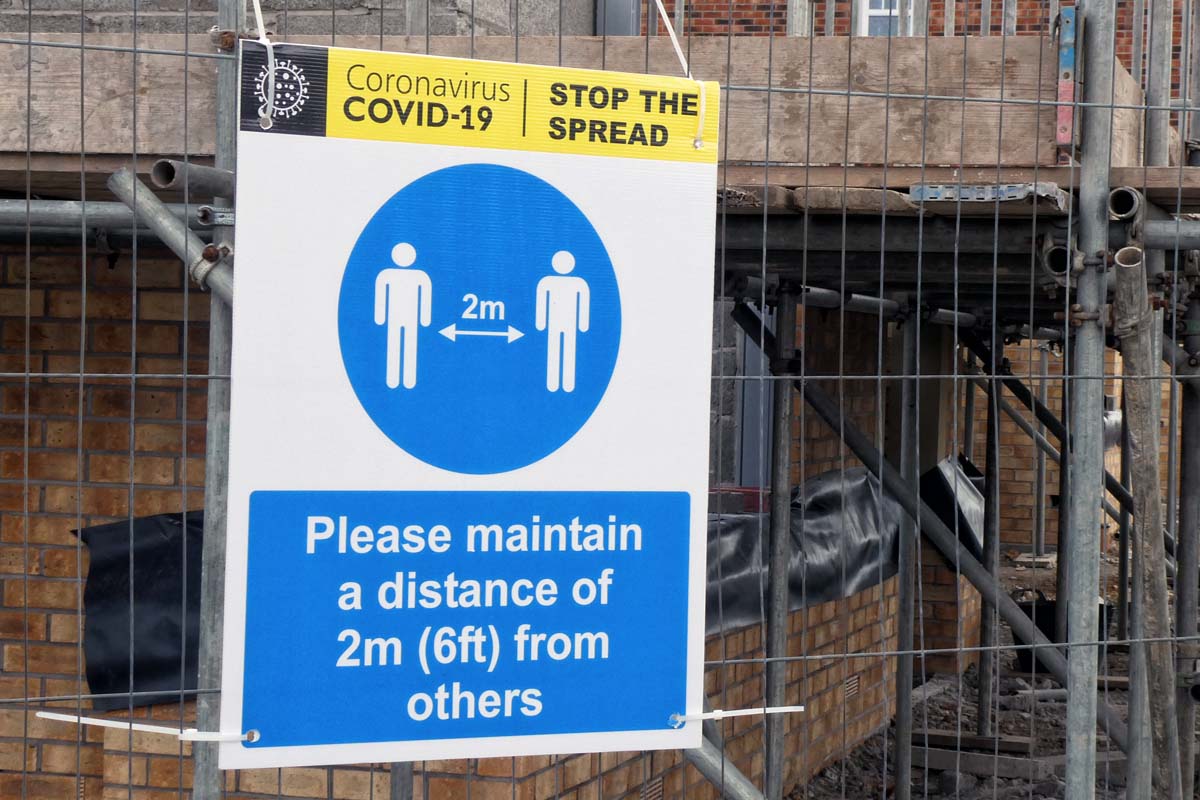 “We’re already seeing increased demand for re-bridging, with the majority of cases relating to the pandemic,” says Vic Jannels, CEO of the Association of Short Term Lenders (ASTL). “During lockdown, the fact that valuers, lenders and solicitors were working from home meant that there was a major slowdown, with many projects unable to complete on time.”

Demand for bridging finance in general soared in the UK between July and September 2020, with a record number of applications, the ASTL reported.

Although most lenders were sympathetic to borrowers’ predicaments, so long as clients were open and communicative, the incidence of re-bridging also rose markedly from mid-2020 and remains a feature of the market.

“We’re seeing demand for bridging refinance for people who are downsizing,” adds Jennels. “This is mainly in the large conurbations like London, Manchester and Birmingham, where the pandemic has meant people can work from home and they’re selling their high-priced properties for somewhere with more space and a garden, out of town. This movement is a seedbed for re-bridging where they’re unable to sell as quickly as they hoped.”

Covid-19 is by far the biggest challenge facing the bridging finance market, according to the latest market study by Ernst & Young, published early in 2021. It found that 48 per cent of respondents - all professionals in the bridging sector - saw the pandemic as the “most important challenge impacting the UK bridging finance market.” Like Vic Jennels at the ASTL, the study reports “difficulties to advance loans during the…pandemic and the challenges associated with the movement to a remote working environment.”

Just as working from home and months of lockdown prompted the adoption of new technologies such as Zoom calls, the EY report found that technology looms large in the bridging sector, as pressure grows for lenders to adopt new digital platforms and open banking standards, enabling easier access to remote expertise and transactions.

A potential consequence of greater digital adoption by bridging finance market is that re-bridging will become more common, as borrowers can more easily and quickly access alternative deals. “We see new technology as an important enabler of bridging refinance,” says Stephen Clark at Finbri. “Speed, which is clearly reliant on our process efficiency, is a prime decision factor when customers seek bridging finance and the adoption of digital technology has helped us achieve that.”

In some regards, the effects of Brexit on the UK property market have been minimal. Values are now above the level of January 2020, when the UK formally left the EU, along with mortgage activity and lending. Whereas EY’s bridging finance report in 2019 cited Brexit as the single biggest concern and challenge, its threat faded noticeably in 2020 and was yet further diminished in 2021, when just 15 per cent of respondents judged it among the top three challenges.

“In December 2019, when the pandemic had not yet bitten, we were looking at a Cold War in front of us, brought on by Brexit, feeling that nobody knew what would happen,” says Vic Jennels at the ASTL. “But I’d say that overall, the mortgage market hasn’t really suffered from Brexit. In fact between June 2020 and September 2021 I’ve never known such a high level of enquiries: it’s been the busiest time in the last 20 years.”

If anything, Jennels argues that the market has been too busy: “We have problems getting staff to deal with the number of mortgage enquiries.”

Lack of staff is a common refrain, from hospitality to transport and beyond. It applies equally to the construction sector, where developers have found themselves unable to progress projects thanks to lack of building workers, along with supply chain disruption and the rising cost of materials, exacerbated by Brexit. “The delay to materials is a further challenge which could see an increasing number of borrowers running over term, putting pressure on cash liquidity,” says Philip Gould at bridging lender Avamore Capital.

“There’s high demand for property and very little supply,” notes Jennels. “So this is one area where development projects slow down and we may see bridging refinance grow.”

The recent sharp spike in natural gas prices, which caused CO2 manufacturers to shut down and a slew of energy providers to cease operations in September 2021, could be a harbinger of price volatility to come, some of it Brexit-related, and with potentially high impact on the re-bridging market.

UK-based bridging finance as a whole experienced a jump in demand in 2020 compared with 2019, with applications valued at £25.82 billion, compared with £23.19 billion in 2019. Demand remained vibrant in early 2021, with applications up by 18 per cent in Q1 2021 compared with the same period in 2020. This, says Vic Jennels at the ASTL, “reflects the enormous potential the bridging market has to provide customers with funding solutions through these difficult times.”

Some in the market believe that bridging finance will enjoy a welcome boost in the coming months, as the property market adjusts to the end of the pandemic, and UK planning laws take into account changed realities. “Covid is likely to take a heavy toll on the high street and office-space market,” says Colin Sanders, CEO of Tuscan Capital. “Given a sensible approach to planning regulations, this could provide a further boost to investors and developers, not to mention much-needed city and town-centre accommodation for private use.” They argue that the appointment of Michael Gove as Housing Secretary could herald meaningful change in approach, unlocking new development opportunities, with offices and retails premises converted into residential property, helping to alleviate the housing crisis.

While the UK property market remains so buoyant, the availability of both bridging finance and re-bridging is likely to remain high. “We believe that re-bridging offers positive options to the market, to the benefit of lenders and developers,” says Stephen Clark at Finbri.

When you're not yet ready to exit your Development Finance or Bridging Loan but the term's nearing its end, our loans for refinancing give you the opportunity to finish your project, sell your asset or arrange funding via traditional finance routes.