England's thirst for new commercial developments has not lessened despite increased working from home. In 2020, the COVID-19 pandemic caused a rapid rise in the number of employees working from home whilst government-mandated lockdowns prompted many businesses to work remotely, particularly those in the IT and ITES sectors. 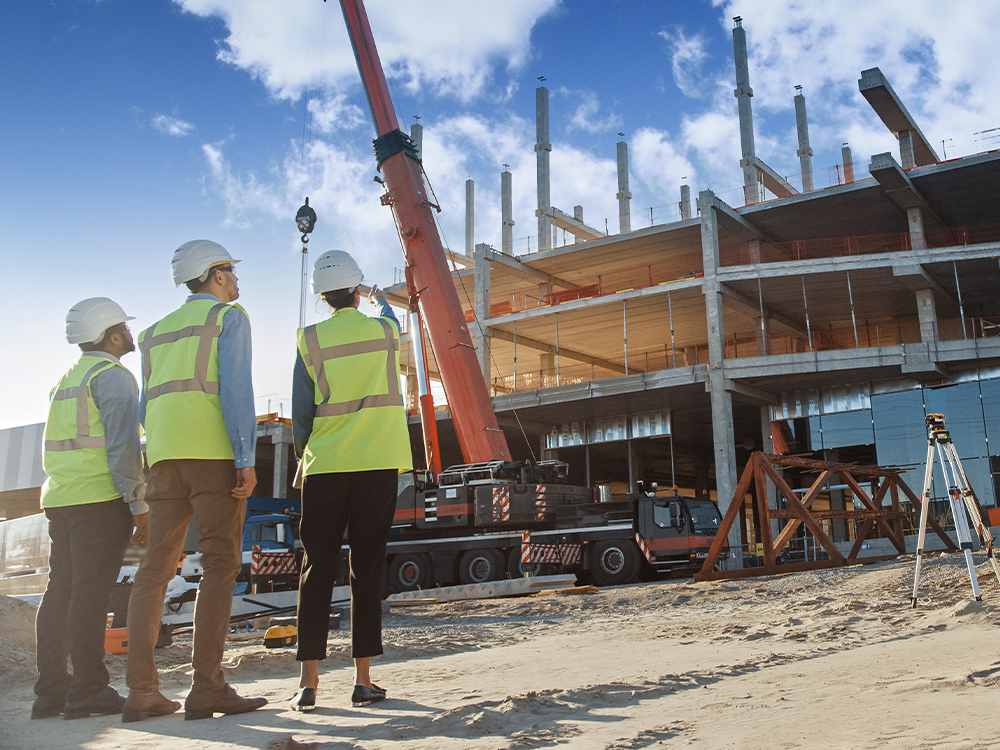 This shift in expectations is reflected in the growing number of applications for new commercial developments across England and the high approval rate for such developments.

Increase in the approval rate of commercial development applications

According to the Department of Levelling Up, Housing and Communities (DLUHC), in 2021, over 7,800 commercial development planning applications were approved by authorities - a 9% increase on approved applications in 2020.

However, whilst the approval rates for commercial developments were high throughout the country, the DLUHC report noted significant variance in application and approval rates between regions.

For instance, the largest number of applications for commercial development planning were filed in the Southeast of England, with an 88% approval rate.

With an increase in application approval, experienced and first-time developers alike will be keen to capitalise on this trend quickly, thus leading to a rise in development finance and bridging loans as a source of funds for their newly-approved projects and avoid missing out on the opportunities.

One of the factors driving this recent rise in the approval rate of commercial development applications is a 15% year-on-year increase in the number of planning applications made in 2021 compared to those made in 2020.

Whereas only 410,600 applications were made in 2020 for the development of residential and commercial buildings, 2021 saw the number of applications rise to 474,100.

These numbers are not surprising since a recent Deloitte Crane survey found that despite the setbacks caused by the Covid-19 pandemic and subsequent lockdowns, London’s office market is experiencing a steady recovery.

Most London developers (over 90%) believe that the leasing market in the city is now in better shape than it was six months ago. This optimism is reflected in the fact that 65% of developers expect their workflow to increase in the near future.

The rise in the approval rate of commercial development applications comes when an increasing number of consents and approvals are being granted to help boost the pandemic-affected economy. The number of approvals and consents being granted is rising both quarter-on-quarter and year-on-year.

However, supply constraints caused by geopolitical issues, such as the war in Ukraine, still pose significant challenges for developers of commercial property. Such as supply chain issues, higher costs for fuel and raw materials, lack of building sites, skills shortages, etc.

According to statistics compiled by industry tracker Glenigan, the value of projects being started on-site declined by 17% in the quarter ending February 2022. However, commercial development fared better than residential development, which fell by 21% quarter-on-quarter.

Glenigan’s economic director Allen Wilén believes that this downward trend might continue because of the adverse socio-economic events that have held back recovery in this sector, which in many cases continue unabated.

The war in Ukraine, for instance, is expected to impact supply chains further and increase the cost of essential structural raw materials. This might prompt developers to postpone their development schedules until the supply chain issues are resolved and building materials become more cost-effective and more readily available.

The quick recovery experienced by the sector and the growing number of approvals for commercial development planning applications have proven that recent work-from-home trends will have little impact on leasing demand in London.

A report from earlier this year discovered nearly 90% of large construction projects were 'behind schedule', and of those projects, almost a quarter were delayed by more than 250 days. Under these circumstances, many commercial developers in England might seek to refinance their development and bridging loans.

Stephen Clark from Finbri, a bridging loan broker who specialises in refinancing, said, “Whilst commercial planning applications are increasing across England, ongoing supply chain issues and geopolitical disturbances have resulted in shortages of materials and skilled worker availability. This has disrupted the completion of commercial projects and developments.

"We've seen first-hand the increased demand for refinancing from construction companies to ensure the completion of their commercial development projects."